To supplement our season of “mainstage” plays, the Idea Lab will offer a variety of theatrical entertainment options, all virtual, all fun.

Up Next in the Idea Lab: 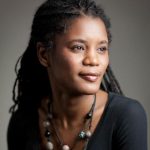 Idea Lab Script Salon
Sunday, February 7 at 5:00 p.m.
In honor of Black History Month, the next meeting of this play discussion group will feature Black playwright Chisa Hutchinson’s Dead and Breathing. A wealthy, cantankerous Black woman is dying of cancer and receiving hospice care at home. This darkly comic play centers around the relationship between the woman and her hospice care nurse. Register HERE. To view the Frequently Asked Questions about the Script Salon, please click HERE.

Previously in the Idea Lab:
Monologues of Black Authors

A Christmas Carol by Charles Dickens
Coming in mid-December
Co-produced with Talking Fish Podcasts, this enhanced audiobook adaptation will bring the traditional holiday classic to life for the listening pleasure of young and old alike.

First episode available here now
Madame Yurina Babushka, known as Oma, imparts her motherly wisdom while reading bedtime stories to all who will listen.  Hear stories from Hans Christian Andersen, Brothers Grimm, Rudyard Kipling and more.  Oma will delight you with her insights on life and these timeless tales.

Other planned events include:
Cracked by Gwydion Suilebhan
Performed by Maura Suilebhan
Date to be determined
Just another episode of a run-of-the-mill cooking show transforms into an intricate, otherworldly grief ritual as the program’s hostess—or is she some kind of middle-class priestess?—devises increasingly elaborate ways in which to defer the simple act of cracking an egg. When it’s finally time for the demonstration, will she actually be able to just… let go?

The Importance of Being Earnest by Oscar Wilde
Aavailable soon on demand
A video rewind of our 2019 production directed by Bill Hurlbut.

Gone Fishin’ by Steve Langley, directed by Michael Reilly
Coming  early 2021
A new video adaptation of an audience favorite from our 2019 One-Act Festival.

If you have a big idea you want to showcase, send a proposal to volunteer@ssstage.org. We also need volunteers to help us stay organized and fill a variety of technical positions. Contact us today!